The Brazilian defender talked to Mohamed Salah shortly after the match between Liverpool and Arsenal ended, and confirmed that there was no conflict between the two.

The former Chelsea player has a memorable day when he made a mistake that led to Arsenal’s second goal in a 1-3 defeat against Liverpool on August 25. David Luiz has a situation where he pulled Salah shirt in the restricted area and gave the home team a penalty of 11m after the referee consulted VAR technology.

Sharing with Sky Sports, Luiz said: “I talked to Salah and he said: I don’t feel your impact. That’s why I didn’t fall off. However, VAR technology doesn’t show up. “I have to make the shirt strong or light. The referee merely sees the foul phase. But the decision is very difficult for them, so I have no complaints.”

“The situation was just a reflex but in the end, the referee blew a penalty of 11 meters and gave me a yellow card. So, at the third goal, I couldn’t risk making mistakes and let Arsenal have trouble playing. with 10 people. The yellow card made my later time more difficult, “added the Brazilian defender. 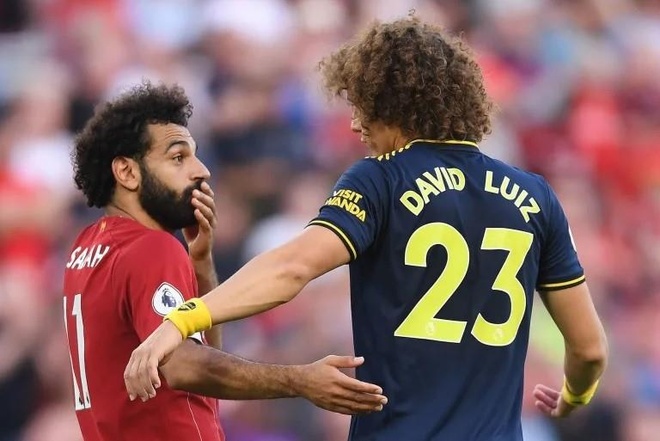 Moving to Arsenal from a rival Chelsea team in the summer transfer window, Luiz is expected to solve the problem of Unai Emery’s defense. However, his performance so far has not been enough to persuade “Gunners” supporters to London.

“Whether it is a mistake or not depends on the explanation, as I said. But, if you see the shirt being pulled like that, it’s hard to say it’s not a mistake. That’s why I don’t judging or complaining about arbitration work, only giving his opinion, “Luiz continued to disclose.

The player insisted: “The reflex will only last for a second, when you come back and take that action (pull the shirt). Football is so and we have to accept it. I talked to Salah. he is my friend and also insists that he doesn’t feel the impact of pulling on that shirt.

“This defeat caused Emery’s side to stand second in the Premier League 2019/20 with 6 points after three rounds, ranking below Liverpool. On the evening of September 1, Arsenal will enter the “London derby” with Tottenham Hotspur before being on Watford’s field two weeks later.