Kiatisak has enough power to replace Nishino coach in Thailand

Thailand need to remember that Kiatisak Senamuang’s inability to play in Asia has forced them to think of foreign coaches like Akira Nishino. On January 4, Thailand media simultaneously reported that former national head coach Kiatisak Senamuang could return to the “hot seat” in 2020.

This perspective is related to the former president of the Thailand Football Association Worawi. Makudi is about to return, running for president in February when Somyot Poompanmuong runs out of office.

During the period from 2008 to 2015, Mr. Makudi was the one who decided to appoint Kiatisak as the national coach. Together, they opened the most beautiful period of Thailand football history with successes in the SEA Games, AFF Cup and Asian Games.

For many Thais, Kiatisak has always been a great candidate for the national head coach. He is also a strategic card for former President Makudi in the race at FAT.

The public is increasingly inclined towards Kiatisak after the recent defeat of coach Akira Nishino at the SEA Games 30. The question is whether Kiatisak is good enough to replace Nishino coach in Thailand? 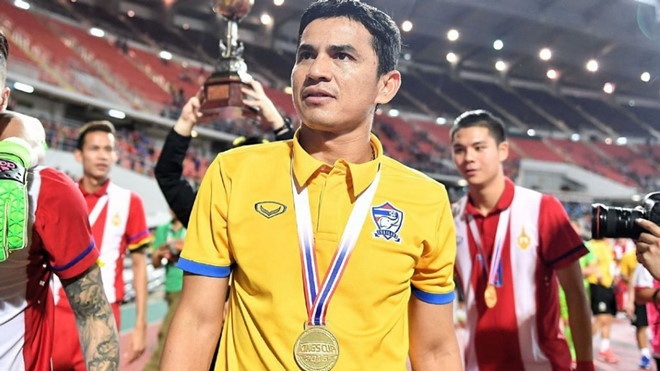 Kiatisak’s time in the national team and Thailand U23 lasted from 2013 to 2017. During this period, the 47-year-old former player built a name with successive victories at the SEA Games. After that, he allowed his assistant to lead U23 Thailand in the next two SEA Games while he poured all his energy into the goals on the continental playground.

Here, Kiatisak’s limits are clearly revealed. Under Kiatisak’s era, Thais participated in three major arenas on the continent, the 2014 Asian Games in Korea, the U23 Asian Championship 2016 and the 2018 World Cup qualifiers.

What Thailand lacks is a truly high-class coach who can take them beyond Southeast Asia and conquer the continental playground. That is why they recruited Milovan Rajevac in the past and brought to Akira Nishino in the present.